Remember You Will Know!

You display your integrity by what you do when no one is watching.

I read an article recently and came across an interesting question – “Are you unhappy because everywhere you go you take yourself with you?"

I talk to unhappy people everyday. They don’t like their jobs, their co-workers, their neighbors or
Wait...There's More
Posted by Unknown at 6:04 PM 526 comments:

Your Thoughts Create Your Life 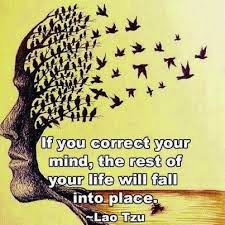 
I recently watched a PBS pledge show featuring Dr. Christiane Northrup. She's a favorite of mine because of her attitude toward aging.  In her presentation, she mentioned studies done by Ellen Langer, someone I'd not heard of before...but the information was fascinating.

Excuse me for being thrilled, but Ellen Langer is my new favorite person. Do you know the feeling when you have a belief that so many people don't share, and then you find someone who confirms what you've believed for so long? If you've never experienced that feeling, trust me, it's a real RUSH!

Here is a youtube video of Langer titled "Mindfulness Over Matter". It just might be the best 22 minutes you've ever spent.


IT IS ALL IN YOUR HEAD!

It’s All In The Interpretation!


Your interpretations create your world.

My husband and I were talking about a mutual acquaintance he had run into at the store. Then my husband said what a great guy this person was. I stopped what I was doing and laughed. We couldn’t possibly be talking about the same person. This is a man who never speaks to me or even acknowledges my presence.  I find him rude and my husband finds him friendly. I find him
Wait...There's More
Posted by Unknown at 6:00 AM 103 comments:


I had my second session with Brett, my personal trainer (okay, he’s not really mine, but he was assigned to me for my first few workout sessions when I joined the gym. I thought I was serius about exercise, but he brought new meaning to the word.

At the first machine, I did reps until I thought my arms were going to fall off.  Just when I thought I

Wave Goodbye to the Guilt Train

The sense of inferiority and the sense of guilt are exceedingly difficult to distinguish.


We all feel guilty every now and then. It's a natural response, and it’s appropriate when you do something that goes against your values.  Your conscience makes you feel uncomfortable when you disobey rules that you believe you should obey. But remember, guilt implies choice.


It is not how old you are but how you are old.  ~~ Marie Dressler

For my 60th birthday, my friend sent me a card. On the front was a picture of an older woman gleefully propelling herself along on a tricycle, and on the inside was the Marie Dressler quote above. For those of you who have never heard of Marie Dressler, she was an actress born in 1868  who started in vaudeville, moved into silent films and eventually won an Oscar...yes the Oscar's have been around that long.

I imagine I would have been an admirer of Marie Dressler had she still been alive when I was born. In an age of beautiful movie stars (not much different than today), she was rather plain and frumpy. But that never stopped her from getting into show business and making it all the way to the top.

So, on your next birthday, especially if you're feeling trepidation about getting older, shake it off. Age is a gift to be embraced, and it truly has little to do with the number but in how you perceive it.

I never think about what I can't do. ~~ Tao Porchon-Lynch

Tao has been teaching yoga for decades and, not surprisingly, is strong and flexible. When yoga didn't keep her busy enough, she decided to take up ballroom dancing. Who does this in their 90's you ask...only someone who embraces life everyday and doesn't let herself be bothered with what others may think a woman of 96 should be doing.

Since my 40th birthday, when I realized I had to change my lifestyle, I have believed that  being active is one of the best things a person can do to stay young. That's when I started running and going to the gym. Although 40 is just a spec in the rearview mirror of my life, I make it a point to exercise every morning. It's no more of a chore for me than brushing my teeth.

Here is a link so you can see for yourself what 96 can look like. It's never too late to start improving your life.


I think we can win over all our adversities with love.   ~~Edythe Kirchmaier


I'm friends with a most remarkable woman...well not real friends...just Facebook friends. Her name is Edythe Kirchmaier. She is always cheerful and giving of herself, spending many hours volunteering for an organization called Direct Relief in California. She's been a guest on the Jay Leno Show as well as Ellen and Oprah.

I haven't been in a fan club since the Beatles burst on the scene in the 60's, although I do admit to a "cougar-crush" on Bruno Mars, but I am certainly a huge fan of Edythe and want to model myself after her. You see, Edythe just turned 107. She got her driver's license renewed at age 105 which earned her a visit to Jay Leno, Oprah and Ellen; and she volunteers regularly at Direct Relief.

To learn more about this amazing woman, follow the link below:

Age is just a number, it's your take on life that makes all the difference, after all...


If you have the feeling that something is wrong, don't be afraid to speak up.


We've all heard of ordinary people who have made their mark on the world by some courageous act. Martin Luther King, Jr. who was an equal rights advocate, Rosa Parks who refused to sit in the back of the bus...but Fred Korematsu? Who the heck was he?

Today is Fred Korematsu Day. An everyday ordinary man who questioned the government's authority to send Japanese-Americans to internment camps during World War II, Fred was born in the United States, educated here and spent his entire life in the U.S., yet when war broke out, he was forced into an internment camp because of his Japanese ancestry. His family, along with many others, lost everything...property, belongings, established family and social networks...all because of their heritage.

Fred had the courage to sue the government, and his case went all the way to the Supreme Court, where he lost his battle. Then 40 years later, new evidence was found showing Charles Fahy, Solicitor General of the United States, had deliberately suppressed evidence from the FBI showing that Japanese-Americans posed no security threat. To learn more about how the Fred Korematsu story ends, follow this link:

Win One For YOU!


Do something today that your future self will thank you for. That is true success.


If someone has never experienced success, they have little chance of developing a habit of success because they don't know what success feels like. Instead, they're only too well acquainted with the frustration of feelings of failure. This is why it's so important to put children in situations where they will succeed...so they will know at an early age what it feels like to be a winner.

You've all experienced success in your life, but maybe you don't feel like it's a habit. So, how can you acquire your own habit of success? The answer is the same--set yourself up for success in everything you do. Arrange things so you can succeed. Nothing is too small. Being successful doing small things builds an atmosphere of success that you will carry with you into more challenging situations. One success is built upon another.

~~Weekly Challenge~~
Think of a situation where you tried and failed. Was it because you took on too much all at once? Could you have started smaller and been successful? If so, rethink how you can take this same situation, break it down into smaller steps that you will be successful in accomplishing, and carry it to a successful conclusion.

Notice how each success makes you want to move on to the next step. In no time at all, you'll be at the top.

I Have A Dream

In the end we'll remember not the words of our enemies but the silence of our friends.

Email ThisBlogThis!Share to TwitterShare to FacebookShare to Pinterest
Labels: #martinlutherkingjr.

Help Is Just A Hotline Away

This post first appeared in It's All In Your Head on September 2, 2013. 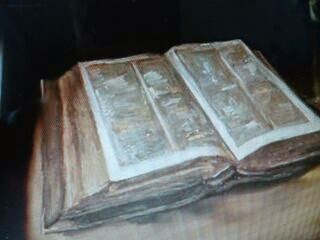 As a counselor, I have access to referral sites where I can direct others in times of crisis. However, none are as powerful as these "Holy Hotlines" I found posted on Facebook. I 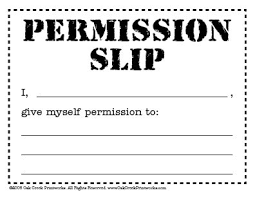 
Well, we're into the first full week of 2015, and I'm just wondering...how are you doing on your New Year's Resolution?  Did you make one? Was it specific or general? Was it 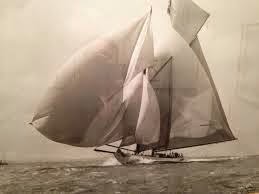 The same wind blows on us all. Where we arrive is determined by the set of our sails.


The Same Wind Blows On Us All by Jim Rohn.


I sometimes find myself making excuses when things don't work out the way I thought they would. Usually the blame goes to something external...someone dropping the ball (not me of