Which Story is True? 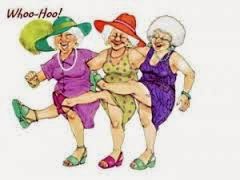 A bird sitting on a tree is never afraid of the branch breaking,

because its trust is not on the branch but on its own wings.

Always believe in yourself.

Following are two versions of the same story. Which do you believe is true?

Version 1:
A woman was diagnosed with cancer and given six months to live.  The doctors told her if they removed her leg, it might give her more time.  She begged them not to take her leg but to give her an experimental drug to control her cancer instead.  The drug was very powerful and had numerous side effects, but the woman lived another 20 years taking a daily dose of this miracle drug.  She finally died of a heart attack in her sleep.

Version 2:
A woman was diagnosed with cancer and given six months to live.  The doctors told her if they removed her leg, it might give her more time.  She told them she absolutely would not allow that.  If she had such a short time to live, she wanted the use of her leg.  Her husband was a controlling man who did not allow music or dancing in his house.  Filled with the courage of a person who has nothing to lose, she left the doctor's office, went to a local store and bought an MP3 player and some speakers.  Once at home, she turned on the music and began to dance.  Her husband was furious, but she felt free for the first time in her marriage.  She stood her ground and broke the grip her husband had on her.  Her decision to live life on her terms appeared to have a miraculous effect on her.  Her cancer went into remission, and she lived another 20 years without any cancer treatments.  She finally died of a heart attack in her sleep.

Most people would vote for Version 1 as the true story and would want to know all about the "miracle drug".  Although most people brush off "spontaneous remission" stories, Version 2 is actually the truth.  Yet there are thousands of stories just like this one.  The only explanation is that the person somehow healed him/herself.

Are we so indoctrinated by the medical community, that we have trouble seeing any other kind of healing as real?  The belief seems to be "If the doctors can't cure it, it isn't curable."  Don't get me wrong.  The advances in medicine are a blessing.  But just think what we could add to that healing if we believed in the power of our own mind.