Use It or Lose It 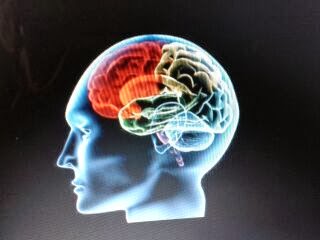 It is the one that is the most adaptable to change.


The gym I belong to recently moved to a brand-spanking new location. The move had been in the works for almost 2 years, but I was hoping it wouldn't happen until my contract was done. I was comfortable at the old location...my car knew the way automatically...the old equipment was worn

but comforting to use...the routine was familiar. I didn't want to change.

The fact is, people hate change.  If everything would only stay the same, how great would that be?  Actually, it wouldn't be great at all.  Change is a good thing, especially for your brain.  Change keeps it alert and engaged.  Synapses are firing and new connections are being made.  At my age, I look at it was a way to create new brain cells and ward off dementia.

In her book, The Agile Mind, Wilma Koutstaal, Ph.D., describes a study illustrating neuroplasticity (the brain's ability to change).  Participants all underwent a brain scan.  Then half of the participants were asked to learn a juggling routine over a three-month period.  The other half were told to live as usual and return in three months.  At the end of the period, all the participants had a second brain scan.  The brains of the juggling group showed an increased number of neurons while the brains of the non-juggling group showed no change.

The jugglers were then told to stop juggling for three months.  Their brain scan at the end of this period showed the increased neurons were gone...the brain growth had disappeared.

So, shift your paradigm on change.  Reframe it as a blessing.  Remember...you are exercising your brain.  Use it or lose it.

It Is All In Your Head,

Email ThisBlogThis!Share to TwitterShare to FacebookShare to Pinterest
Labels: #change