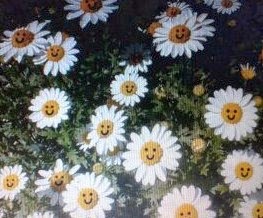 Self-esteem is an issue that’s near and dear to my heart because there was a time in my life when I didn’t have much. I grew up with an alcoholic, verbally abusive father and a loving mother who, I
think, felt trapped in her marriage.  I’m a child of the 50’s, so my mother, as every mother on our street, didn’t work outside the home, which meant my father controlled all the money, and everything else.  As my role model, my mother, showed me through her actions, that women had no power.

If that wasn’t enough, I was a chubby child who turned into a fat teenager.  When I was in grade school, there was a popular song called Sink The Bismark.   My classmates nicknamed me "Bismark" because, apparently, I was as large as a German battleship. I was pretty popular through school, but that's because I was “good natured” about all the teasing.  Nobody knew I went home and cried a lot because I believed I had no value.

After high school, I discovered boys and went on a diet, eating mostly yogurt and applesauce. Not exactly healthy, but I lost weight. I was happier with my appearance but still believed that others saw me as that fat ugly teenager. Then I met the man of my dreams.  He was so handsome, and he was dating me—fat, ugly, worthless me. I couldn’t believe my good fortune. Of course, over the 6 years we were together, he was dating many other women as well. I tried to be thin enough, pretty enough, and smart enough, but I never was enough. We would fight about it, but he always rationalized it in a way that made sense to me!!! He was psychologically abusive, and I was afraid to make waves because I thought he would leave me, and I knew no one else would want me.

Eventually we parted ways, and I moved to California looking for a better me.  But, the "me" in California was the same "me" I was trying to run away from, so I moved back to Michigan where I met and married my first husband. He made me laugh, but he always so angry. After lots of therapy, I realized I didn't want or deserve more abuse, so I left him.

Do you see a pattern in my life? I allowed others to abuse me because I believed I wasn’t good enough. I attracted the wrong people into my life because I didn't believe I deserved better. That’s what it’s like to have low self-esteem. You place little or no value on who you are and what you bring to the table, so others walk all over you – and you let them. You may even thank them for doing it!

What doesn’t kill you makes you stronger -- the problems I faced in my life helped make me stronger. It’s less about what happens in your life and more about what you do with it. Today, I love myself and know that I have value.

The seed that "you're not good enough" was planted in your mind. And you nurtured it until it grew strong and dominant.  I am proof that you can plant a new seed, one that says you are strong and confident and worthy of all the best in life.   Here are some tips on how to do that.

. When you find yourself thinking that you aren't good enough, immediately tell yourself to STOP.

. Then change your thought to something like "I deserve the best because I am the best".

. Repeat this with enthusiasm again and again until it has anchored itself in your mind.

. When you wake up, before your feet even touch the floor, tell yourself "I deserve the best because I
am the best".

. Put notes around your home, in your car and at your workspace reaffirming you deserve the best
because you are the best.

. Put reminders in your cell phone or Ipad set to go off several times a day with the message, "I
deserve the best because I am the best".

The more you see and hear this message, the more it will become part of your belief system.  Surround yourself with your own love, and watch how your life changes.

If you have other tips that have worked for you, I'd love to hear from you.  Email me at cakozak88@gmail.com

Cindy
cakozak88@gmail.com
Posted by Unknown at 5:00 AM